Horizon Zero Dawn is one of the best games I’ve played in a long, long time. It’s one of a million post-apocalyptic games, but it offers a whole new take on the theme. Instead of games like Fallout and The Last of Us that have you dealing with the immediate aftermath and, well, fallout, of whatever caused the fall of society, Horizon Zero Dawn puts you in the post-apocalyptic world long after a new society has been established. People have returned to tribal living, each tribe with its own laws, customs, and appearance, and the game starts with Aloy working to be able to rejoin the tribe which she was cast out of at birth. This depiction of tribal society isn’t perfect, or perhaps even ideal, and you can read a fantastic explanation as to why in this Medium article.

That said, this is one of the most well done, captivating games I’ve played. I love its diversity, I love the roles women have been put in, I love that you’re presented dialogue choices that allow you to choose kindness and compassion. One of these instances of dialogue choices is, I believe, the single best depiction of schizophrenia in recent media of all mediums. If you’ve not played past the first hour or so of the game, the following is a spoiler:

Aloy is presented with a side quest in which she can help a woman find her brother, who has been cast out for a period of time, but has not returned even though his exile has ended. Brom, the man you are looking for, hears voices. The Forgotten, he calls them. The Forgotten told him to kill a man, which lead to his banishment. When Aloy finds him, he tells her about the Forgotten. He says, “They’re speaking to me right now! Always with me! They take care of me… Keep me company. Help me.” Not once, in any game, any movie, or any TV show, have I seen this part of schizophrenia depicted. Not once. And this simple statement about the voices he hears, seems to be the biggest misunderstanding people have about us (schizophrenic people). After this, Aloy has the option to encourage his sister to help him, or to say that he’s dangerous. That was also a first. I’ve never seen someone presented with the option to let a mentally ill person be. You either have to kill them or fix them. But here, you can just let Brom be and let him live the life he knows.

Back to the game… Aloy has a massive open world to explore, full of different climates, people, and machine creatures. You have to fight both and have a huge amount of weapons available to you to do so. There’s also an incredible photo mode, which, if you’re like me, you’ll spend an equal amount of time shooting photos as you do playing the game.

Thanks to the little gadget that gives Aloy her specific powers, the Focus, deaf accessibility in this game is close to perfect.

When toggled on, the Focus highlights important and actionable items. It also displays important information about any of the machines you focus on, such as their level and known vulnerabilities and you can highlight the walking paths of several different kinds of machines, allowing you to stay out of sight.

Visual cues outside of Focus mode are equally helpful and plentiful. Collectibles display, with a different icon for different types, when you are near them. Quest markers, custom waypoints, and nearby available side quests are displayed clearly both on the top navigation bar, as well as on screen, along with the distance you have to go to reach the location. When you’ve been spotted by an enemy, the indicator goes from a yellow question mark, to a yellow exclamation point, to a red exclamation point, indicating your level of danger. Especially handy for me was the visual indicator showing how much noise you were making as you move through the world. Keeping an eye on this allowed me to not be spotted and die many times.

The one problem? It shouldn’t come as a surprise that the subtitles are a bit small and often times are white text on a light background. This seems to be the case with nearly every game and I’m sure it will continue to be a problem in future games. As annoying as that is, it doesn’t make the game unplayable, or even any less fun.

Horizon Zero Dawn is one of those unique games with a story so deep and impactful that I sat there crying a couple of times within just the first hour of gameplay. The characters are memorable, the plot and style of the game is novel, and it presents an overwhelming amount of options in nearly every aspect of the game (which I appreciate). Horizon Zero Dawn is definitely a must have for PS4 owners.

The one negative point to this game, while annoying, doesn’t detract from how much fun this game is and what a great story it tells. They did an incredible job with visual cues thanks to the Focus and the whole game is incredibly immersive. Definitely a must have for PS4 owners. 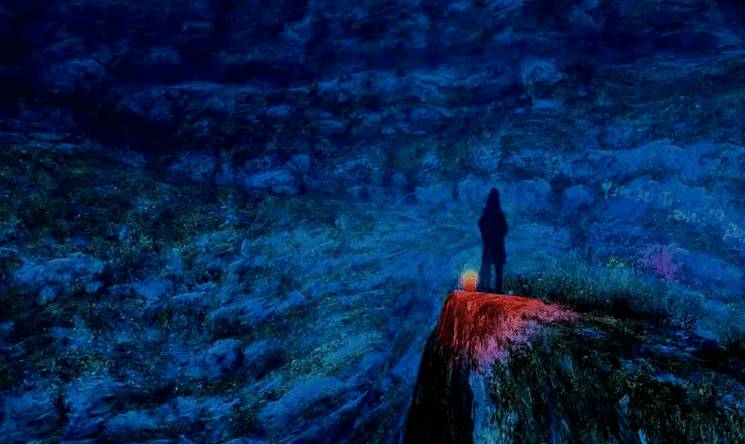