I’m going to take a little bit of a different approach with this review, because it’s a little bit of a different kind of game. Instead of simply pointing out all the ways in which this game is not accessible (and there are many) I’m going to also suggest how it could be remedied. I should note that this review is only from the perspective of playing as a counselor. I’ve yet to play as Jason and I don’t know if he has any different accessibility features available to those playing as him.

First things first, in case you’re unfamiliar with the game, it’s basically playing the movies, multiplayer style. One player spawns as Jason and the rest spawn as counselors. Jason tries to kill everyone, while the counselors try to not die while trying to get help or escape by repairing a car, a boat, or the phone. I’ve been excited about Friday the 13th for a long time and unfortunately, it deflated every hope I had for it.

This could be a great game, if only they’d paid any kind of attention to accessibility.

The first, and in the case of this kind of game, the smallest problem, is that none of the cutscenes are subtitled. Nor is any of the random chatter from the counselors. The fix for this? Obviously, subtitles. And they can’t be that hard to do.

The second issue is the lack of visual cues for important sounds. Throughout the game, you can hide from Jason in various places. The problem I found was that unless I was looking exactly in the direction Jason entered the room, I had no idea he was there until it was too late to hold my breath and I wound up dead. Hearing players have the advantage of hearing wood creaking/breaking, footsteps, increasingly creepy music. The solution for that? Provide subtle visual cues, sound waves that appear on the screen in the direction the sound is coming from that get brighter as the sound gets closer.

The biggest problem, which left me wondering why I even wanted to bother playing, is the complete lack of inclusion for deaf players in the social aspect of the game. See, for me, this game could be at its best when you get to work together with other players to survive and escape. There’s voice chat and walkie talkies that allow players to communicate and plan. I didn’t get to be a part of any of that when I played because voice chat and walkie talkies are useless to me. The solution? Emotes. Text chat.

All of this is why the game was such a disappointment for me. Even with the disaster that was the release of the game, I still was really excited to finally be able to play it, but having several rounds under my belt now, I regret buying it because deaf players get an experience that’s not even close to that of hearing players. And I’m sick of that. Really sick of giving my money to people that don’t care if I can play and enjoy their game or not.

So as much as I hate to say it, right now I’d have to say don’t waste your money on this one. At least not until they fix some of the accessibility issues. But I’ll hold out hope that maybe they will address and fix them.

As much as I hate to say it, right now I’d have to say don’t waste your money on this one. At least not until they fix some of the accessibility issues. But I’ll hold out hope that maybe they will address and fix them. 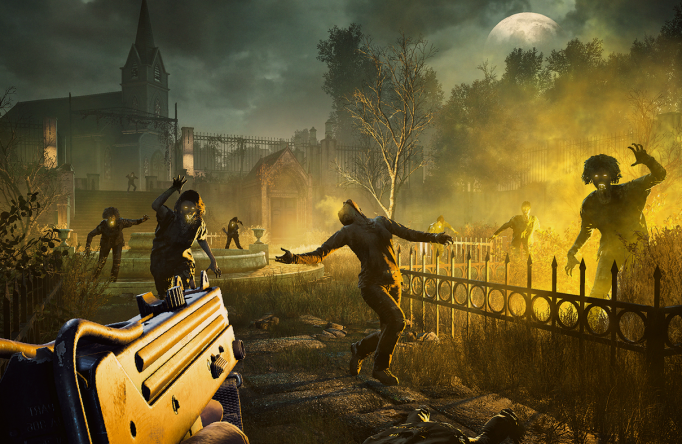